The “Bestiarium Arlanzae” project is an initiative aimed at promoting and disseminating the environmental heritage of the Arlanza region (Burgos – Spain), one of the rural areas most affected by abandonment, mass exodus and the aging of the population. The bestiaries were medieval codices that contained incredible stories and illustrations of fantastic animals fruit of the imagination of the artist who interpreted in his way, the somewhat exaggerated stories told by the lucky few who had the opportunity to travel. With this idea in mind, we began to imagine what a modern bestiary would look like.

A powerful concept that encompasses all the pieces of this multidisciplinary project: Exhibition, deck of cards, stationery and signage, large format printing, totems, direct and promotional Mk, merchandising, interior design, curating … All with a philosophy well-defined work: self-financing, suppliers and local cooperation, handicrafts and zero kilometer materials. After more than a year of work, the results have begun to arrive: it has been the most visited and disseminated activity in the region and the only rural project selected for the final of the “España Creativa cup. 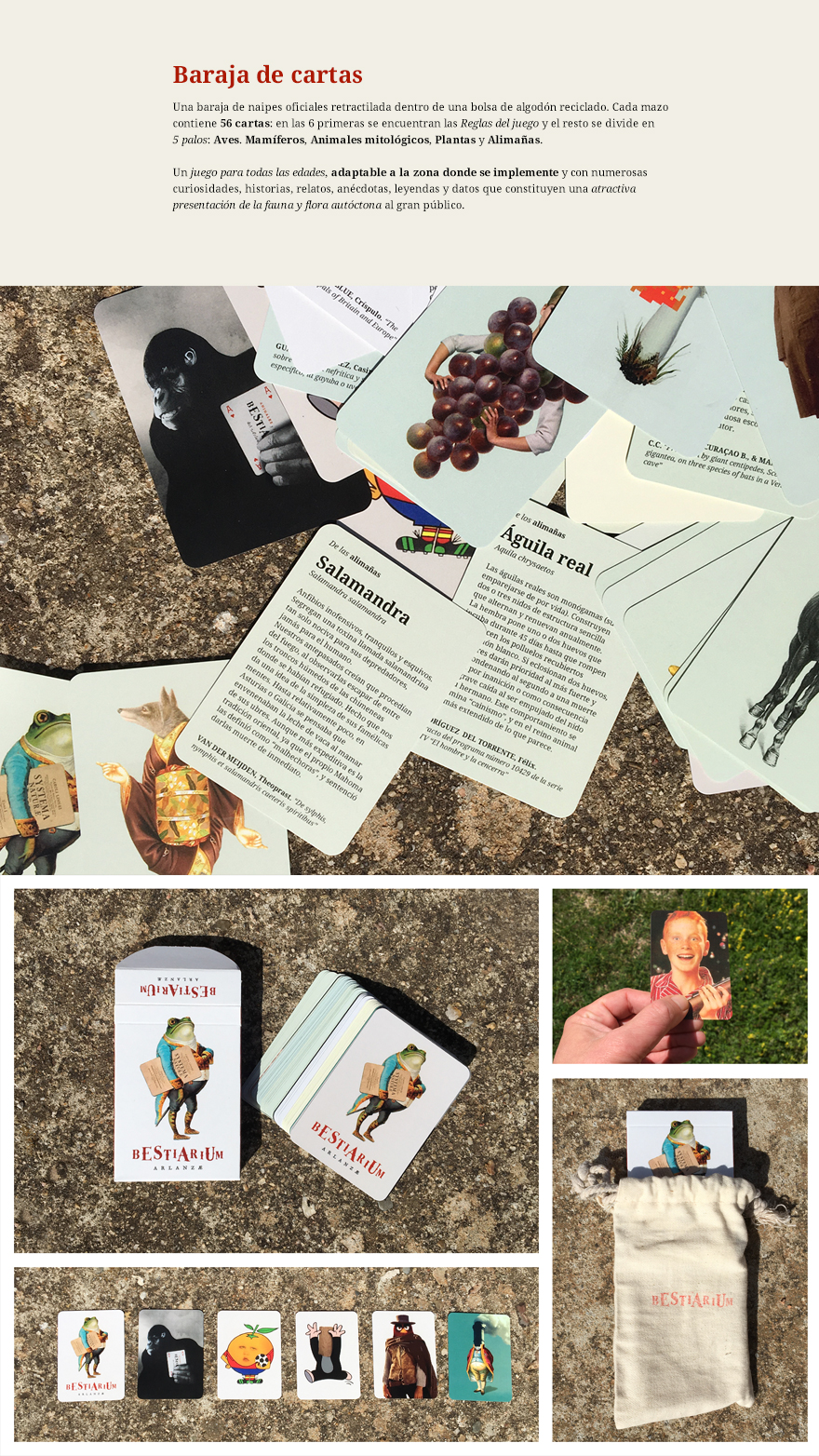 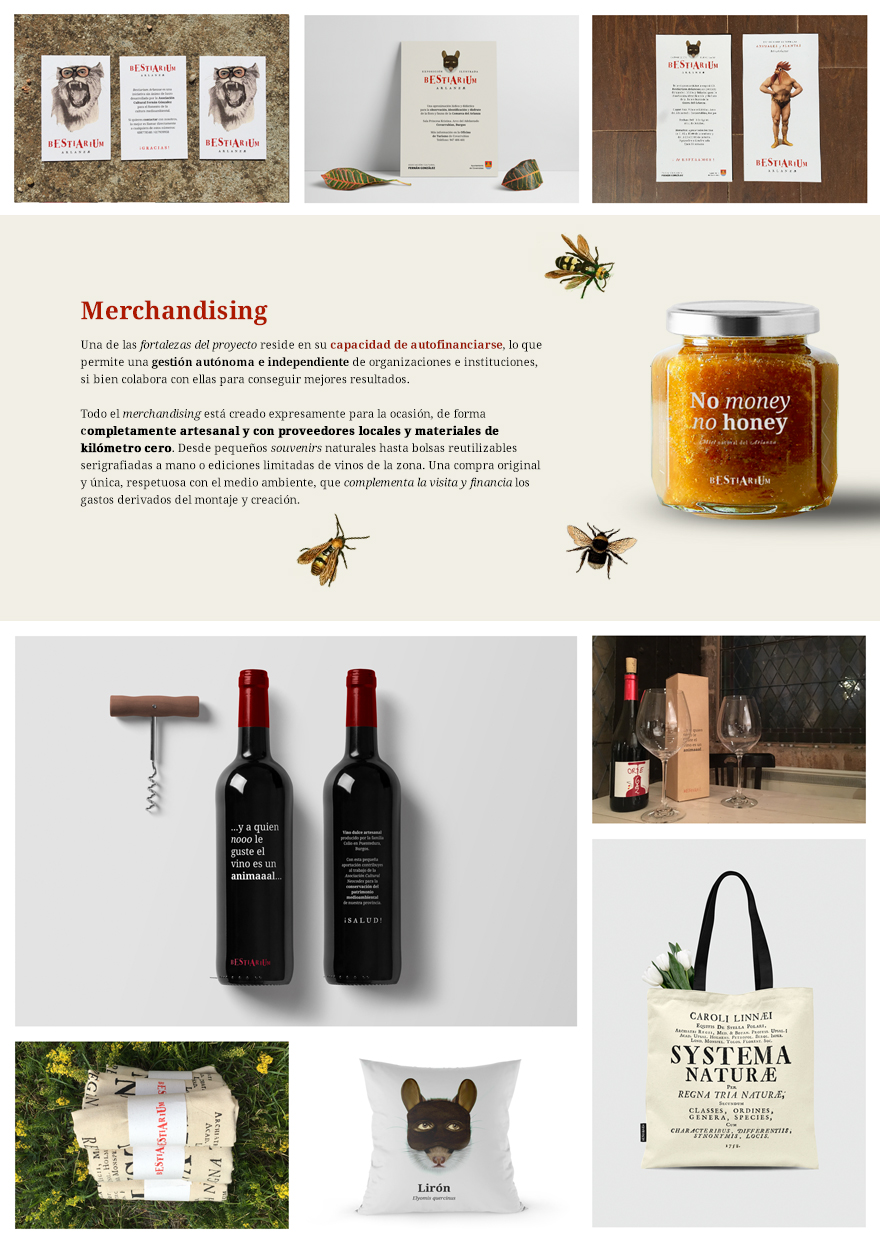 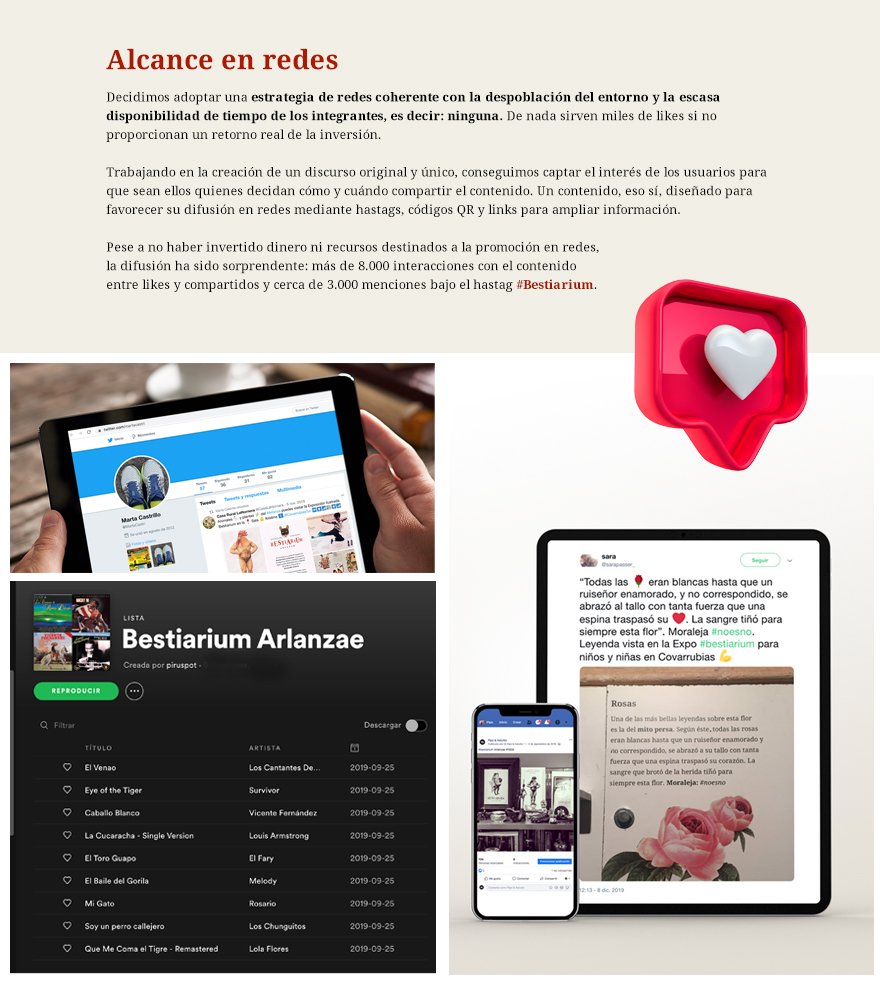